About us
About us 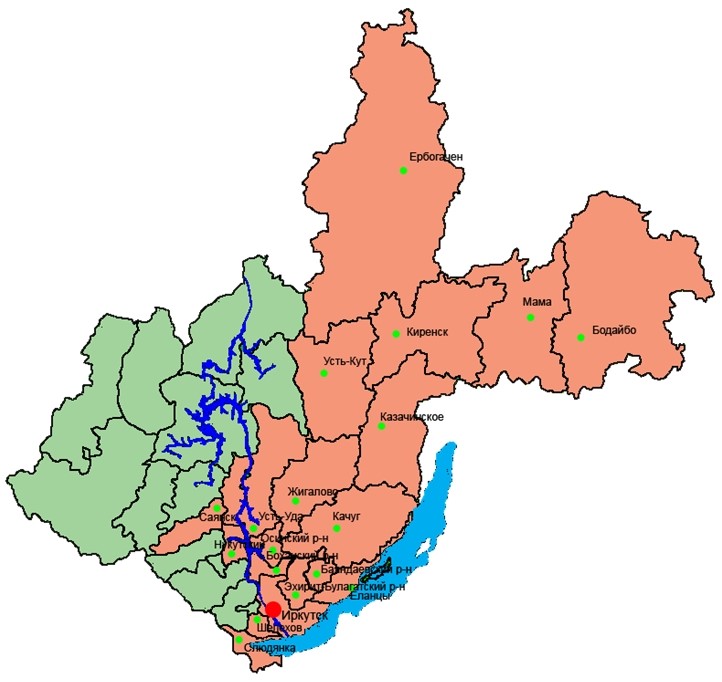 Irkutsk Regional Cancer Center is one of the leading medical establishments in Siberian Federal region. The center provides diagnosis and treatment of malignant tumors. Based on a surgical clinic facility, the center grew from a small oncological unit into a highly developed and modern medical center, which specializes in malignancy treatment with various localizations, including severe cases such as bone tumors, soft tissue, pancreas, liver and brain tumors, using sophisticated technologies.

Oncological services in Irkutsk region began its history from 1940ies, when within the surgical clinic of Irkutsk Medical Institute 25 beds had been provided for oncology patients. In 1967, the center was transferred to a new building, that had 95 beds, and was located at 32 Frunze street. In 1995, Dvornichenko Victoria was appointed as the head physician of Irkutsk Regional Cancer Center. In 2005, reorganization of oncological services had been conducted according with the Federal Act №95, and all the municipal oncology dispensaries, located in Irkutsk region, were united into a single oncological service.

Today Irkutsk Regional Cancer Center is the most modern treatment and diagnostic institution. It incorporates 26 departments in 5 cities: Angarsk, Sayansk, Usolye-Sibirskoe and Irkutsk, with 974 beds in total.

Every year, more than 25 thousand people get medical services here, over 20 000 operative interventions are conducted. Out of that number 12 000 are large and complex surgeries performed at the hospital, and about 8 000 are performed ambulatory. Each year 6 000 patients receive advanced medical care. The oncology center welcomes patients from all over Siberian Federal region – Buryatia, Chita, Khabarovsk, Krasnoyarsk region, Khakassia Republic and Yakutia.

In 2007 new surgical unit «А» was put into operation, which allows to perform all kinds of surgical interventions. In 2011-2012 dispensary became a part of modernization program for Irkutsk region health-care. Under the program center has obtained a new building with diagnostic wing and a polyclinic, that were equipped with the latest technology.

New facility has expanded the range of various and complex surgeries. Innovative technical base has helped to provide better patient care, and improve cancer patients’ rehabilitation by 60%, thus helping them to come back to everyday life.

In year 2013 units «Б, В, Г» were put into operation. These units are a part of new polyclinic of Irkutsk Regional Cancer Center. Patients’ turnover has increased by 46% compared to 2010.

New medical equipment can identify genetic predisposition of malignancy tumors, and sensitivity to chemotherapy drugs on molecular-genetic level. Modernized laboratories simplify test process, making it possible to not only diagnose the illness, but determine further course of treatment.

Diagnostic Radiology department is one of the most modern in Irkutsk region and Siberian Federal region, as it has 7 CT scanners, MRI machine, angiography system.

In December 2013, another building with inpatient accommodations was put into exploitation. Now patients from other cities are provided with comfortable stay at single or double rooms.

At the same year, old clinic building was reconstructed into a high dosage chemotherapy department with bone marrow transplantation. In 2014, it started to operate.

Construction of radiology facility and PET is planned for 2015-2017 years. In this facility doctors will be able to use radionuclide types of diagnostic and innovative technologies in radiological therapy.

Another building is in project for renovation. It will be rebuilt into ICU for 12 hospital beds and 4 stationary departments.